One day in 1992, my husband and I were invited to visit an acquaintance who happened to be occupying a house designed by the world-renowned architect, Frank Lloyd Wright. We had seen the house from a distance and had admired its unusual appearance with its exterior winding walkways, circular windows, and austere concrete masonry. It was intriguing and beckoned a closer look.

Wright originally designed the 2,200 square foot structure for his son, David, and his wife, Gladys. It was built in 1952. We’re not sure about the arrangement between the homeowners and our acquaintance. We can’t even recall her name now. Maybe she was renting it or acting as caretakers while the owners were away temporarily. We accepted our acquaintance’s  invitation to visit the historic home and stopped by one sunny afternoon for a tour.

Perched near Camelback Mountain, the spiral home was indeed stunning and modern and magical. It was also trashed. Our acquaintance, who was fortunate to occupy Wright’s last residential masterpiece named ironically, “How to Live in the Southwest,”  was, in short, a slob.

Bedroom floors held oceans of wadded-up loads of laundry. Dirty dishes lined the kitchen counters. Smudges and stains sullied the bathroom mirrors and floors. Crumpled junk mail littered the hallways. We were dumbfounded. All this disappointment obscured the home’s jaw-dropping features: an entrance preceded by a winding walkway ramp; Philippine mahogany ceilings, cabinetry, and furniture; ubiquitous concealed built-ins; custom carpets; a rooftop deck; panoramic views of the rocky desert terrain. Without a doubt, we had seen it at its worst and even then, it was beautiful.

As we roamed through the home, with its desert views, calming circular structure, and ingenious use of space, our acquaintance apologized for her poor housekeeping habits. “Oh, well… yeah,” we answered, laughing nervously, embarrassed for her — and the house.

Not too long ago, I was curious as to the status of the home and wanted to see what had become of it since our move to Missouri about a year later. So I googled the house  while my husband and I reminisced about our Phoenix experiences. Yes, the house did survive that messy time.

And somebody, many people in fact, care about the house’s existence and condition today. After their deaths, the Wrights passed on the house to a granddaughter, who later sold it to a developer who wanted to demolish it. Concerned citizens stepped in, and the house was eventually saved. In fact, another developer is now devising a strategy to preserve and operate the home and grounds for tours, weddings, and cultural performances. It seems a fitting purpose for the architectural gem now known as the David & Gladys Wright House. Still, there is controversy surrounding the whole ordeal, which I likely don’t fully appreciate or understand, since I no longer live in the area. To find out more, go here. As I understand it, the developer wants to expand his concept and residents of the surrounding neighborhood are upset about the increased traffic and congestion they expect to occur.

I hope, even though they disagree on a number of points, that the developers, area residents and preservationists are united in their gratitude that the house previously survived a greater controversy: the disrepair and poor treatment it received when it was in the care of our acquaintance.

My British Lit students translated a poem into Braille 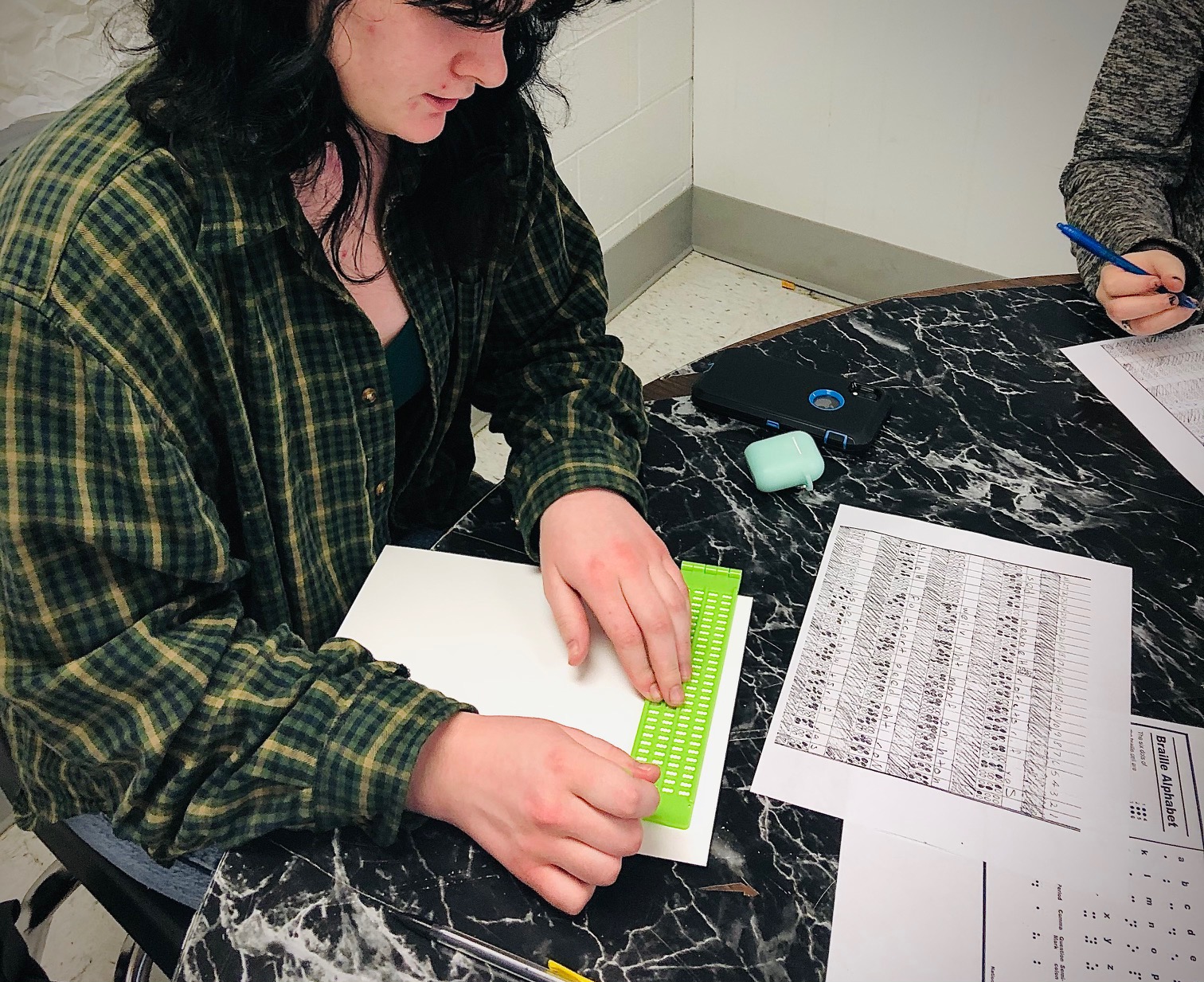