When we booked our return ferry tickets from Skiathos to Skopelos last week, the woman at the ticket office confirmed our booking by asking, “There’s a Flying Dolphin you could take. Would a Flying Dolphin be okay?”

That’s strange, I thought. Of course, a Flying Dolphin would be fine, I wanted to say. After all, we just need to get from Skiathos to Skopelos, and why not get there as quickly as possible?

But then the next morning, bags in hand, standing at the Skiathos port, we saw the Flying Dolphin pull in. Or should I say float in. Or ski in. Or jostle in. From a distance, this vessel flew fast above the water. We could actually see daylight between the bottom of the hull and the surface of the water.  Yes, the name “Flying Dolphin” described this vessel perfectly.

The Flying Dolphin is a hydrofoil passenger ferry operated by Aegean Flying Dolphins in Piraeus, Greece, a port city near Athens. According to the company’s website, it “offers daily service with two modern high speed flying dolphins from the port of Piraeus to Aegina and from the port of Volos (Thessaly region) to the islands of Skiathos, Skopelos and Alonissos all year.”

Because of its speed, taking a Flying Dolphin will be a bumpier ride. (Ahhh… that’s why the ticket clerk made sure we knew what we were getting ourselves into.)

In addition, a Flying Dolphin will cost more than a traditional ferry, such as ANES Ferries’ Proteus or Blue Star Ferries’ Flying Cat. (But then again, like us, you may not have a choice: only one morning ferry left for Skopelos on our travel day.)

Don’t expect a lot on the inside of a Flying Dolphin (and there’s no sitting outside either, by the way). Yes, it’s perfectly clean and adequate, but doesn’t have the top-rate feel of other ferries… no coffee shop, no lounge seating at tables. No flat screen TVs or fancy lighting.

However, what the Flying Dolphin lacks on the interior,

it makes up for with one thing: speed.

Once the Dolphin reaches full speed, it coasts across the surface of the water, skimming along on fin-like hydrofoils that lift the hull out of the water.

And with that speed, expect a bumpy ride… especially if there are higher than average winds on the water.

We saw the “flight” attendant, who also took our tickets as we boarded, deliver two paper bags to seasick riders about halfway through our fifty-minute ride, which made a stop in Glossa (another town on Skopelos) on our way to Skopelos Town.

The water splashes continually onto the windows of the Flying Dolphin as you ride.

At one point, a turn in the water and an especially strong gust of wind caused our boat to tilt right, surprising several riders on board. A few passengers called out with a holler when that happened.

We leave Skopelos Island tomorrow morning and are taking a ferry to the island of Skiathos where we will fly to Athens. There are winds forecast for the morning as a cold front is coming in. Passengers taking a Flying Dolphin should take warning (or even prepare for a cancellation, we’ve been told).

Luckily, we’re not one of them. We’ll be taking Blue Star Ferries’ Flying Cat, a catamaran ferry, instead.

Thanks for reading! I’ve been really surprised by the variety of ferries— and watercraft in general— on our Greek tour.  Feel free to click “like,” leave a comment or follow my blog for more.

We had planned to go to Stafylos Beach, about one mile away across Skopelos Island. However, that would require a bus, and we didn’t know if there would be buses running on a Sunday, since Greek Orthodoxy does play a major role here in Sunday activities.

In fact, every Sunday morning, you can hear Greek Orthodox monks chanting via loud  speakers throughout the “bowl” that is Skopelos Chora (the main town).

From my vantage point high up on the hill overlooking the harbor and town, however, I would say that yes, the buses do run on Sundays, since I don’t see any down below parked at the bus station on the main street. I’m assuming they must be out and about. Oh look, one is pulling in right now, in fact.

So instead, we walked down to Glifoneri Beach. We passed houses (some beautiful, some ramshackle),  chicken coops, and abandoned stone sheds along our way.

The beach is about a half-mile walk away, all downhill. It’s named after the small “taverna” that operates across the little street from the beach; however, it’s also known as Agios Konstatinos Beach for the church that is on the hillside above. I haven’t seen the church, but there are so many (around 123) on the island of all shapes and sizes that it’s possible I’m just not seeing it.

When we arrived, the water was quiet. It was stunningly aqua in color, but quiet and serene. Approximately thirty people were there. Kids played in the waves, middle aged couples lounged and slept in the sand, and young twenty-somethings ventured out further into the waters.

Around 1:30 p.m., however, a procession of waves began rolling in. First, the waves were small, but then they gradually built in size to the point where I turned around to see if the water was reaching our backpack and beach bag.  It wasn’t, but it was only about a foot away.

We sat at the edge and watched the water roll in, bringing with it bits of leaves, sand, tiny stones and sand. Eventually we decided to dog paddle over a narrow band of larger rocks to where Mitch said the bottom was covered with a fine, white sand. He was right. The bottom was soft to walk on and firm.

We swam out about twenty feet and felt the mixture of currents rolling in from the Aegean. Distinct layers of icy cold waters mingled with warm. We didn’t know whether to relish in the sensation or climb back onto the beach.

We saw a Hellenic Seaways  ferry glided around the island from the south and entered the Skopelos Harbor, disappearing from view around Panagitsa Tower, the Church of the Virgin Mary. As it chugged into town, four bright white streams of seafoam trailed behind it, vivid against the inky blue Aegean waters. Ten minutes later, it emerged again and continued on to its next stop, probably Glossa (the next largest town on the island) or Skiathos Island next door.

After spending about an hour and a half at Glyfoneri, we began our walk home back up the hill to Mayorca Studios, where we are staying.

On the way, we stopped at Stella Taverna and ordered some fried squid (calamari) and two Cokes.

Sesame-encrusted bread was served alongside the squid and complimentary miniature chocolate-covered ice cream bars were given to us after we paid our €12 bill.

We interrupted our steep walk back home with several breaks to enjoy the view and rest our aching knees and calves. Skopelos terrain will challenge anyone!

Thanks for reading! My husband is serving an artist’s residency at Skopelos Foundation for the Arts on Skopelos Island, Greece. I’m writing as much as I can about our trip and working on some other projects as well. On the agenda for tomorrow: securing ferry tickets for my trip on Thursday to Venice, Italy to see my daughter, who is serving an internship at the Venice Biennale U.S. Pavilion. I have a direct flight out of Skiathos and plan to stay there for five nights. 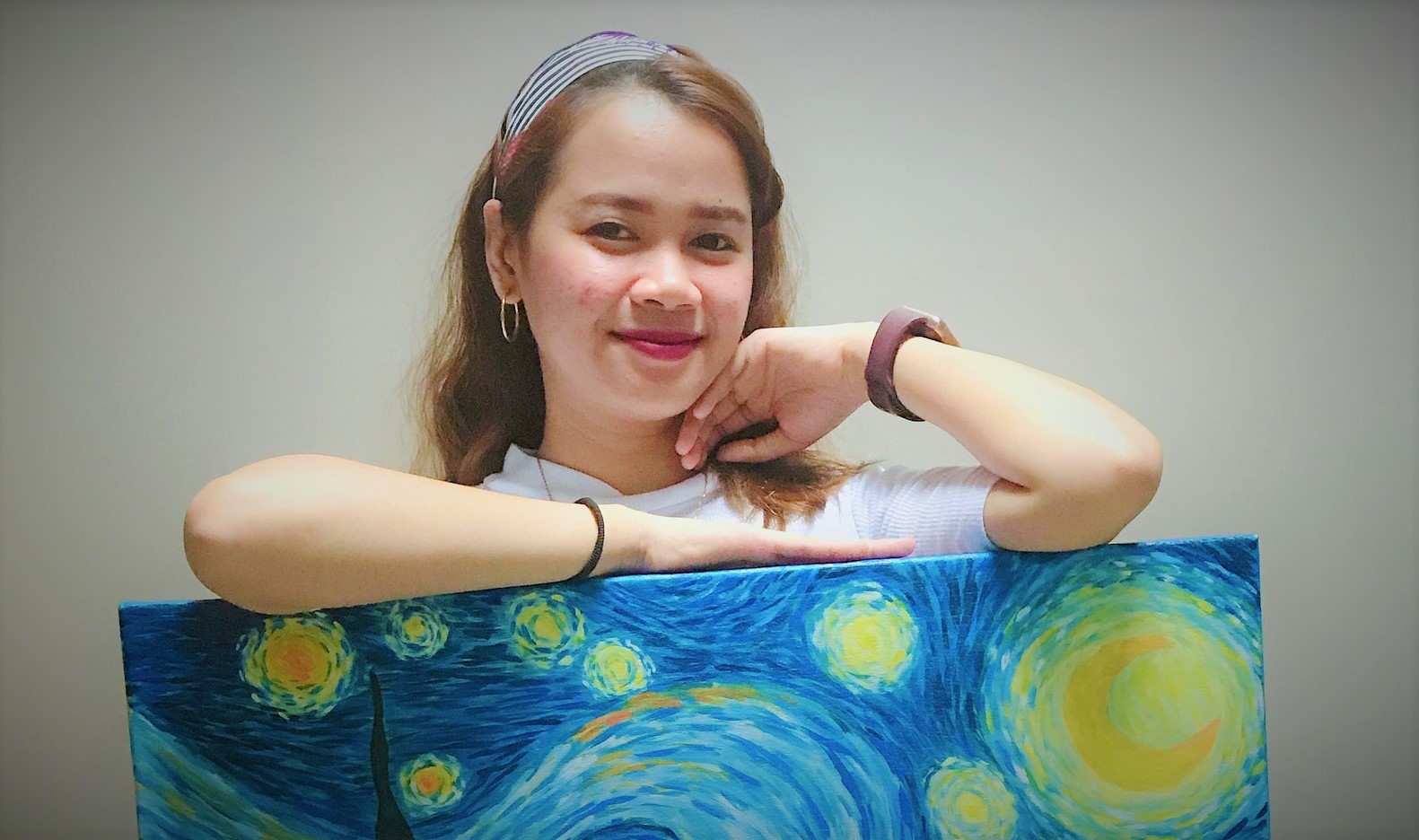 Resources for Everyman, the Morality Play